There’s some big changes coming to Medicare starting in 2023, and I’m going to explain how these changes will affect you as a Medicare beneficiary.

With the passage of the recent Inflation Reduction Act, there’ll be lower prescription drug costs and that’s good news for everyone on Medicare!

This will apply whether you have a standalone Part D drug plan or a Medicare Advantage plan that includes drug coverage.

Here’s a helpful chart from the Kaiser Foundation that gives a timeline of when these changes will occur.

Timeline And Dates For Changes

Starting in 2023 there will be set limits on drug prices. The new law will also expand the coverage of Insulin and limit copays at $35 with NO deductibles for Part D and Part B covered insulins.

And, Adult Vaccines will be covered 100%. Cost sharing for vaccines will be eliminated under Medicare part D and Medicaid, including the shingles and pneumonia vaccine.

Currently, the Shingles vaccine can cost between $100 to $300 for both shots, so this will be a relief for seniors not having to pay that.

In 2024 the 5% coinsurance for catastrophic level coverage in Part D is going to be eliminated.  And, The EXTRA HELP Part D assistance program will be expanded.

Those who are now getting Partial Extra Help (with income from 135% to 150% of the Federal poverty Level) will now be moved to the FULL Extra help level.

The income and asset thresholds will be going up so more people will be able to qualify for this program, which is great news.

In 2025 there will be a cap of $2000 on Part D prescription out of pocket spending and you’ll be allowed to spread out the out of pocket costs over the year.

In 2026 and 2027 the Government will begin price negotiations with the manufacturers of certain eligible high cost brand name Part D drugs.

And in 2028 and 2029 they will include negotiations for Part B drugs as well.

Watch our video below that explains the Medicare changes starting in 2023.

Other Medicare in 2023 are updates to the Medicare enrollment periods.

The first one is for the Part B enrollment period. Starting in 2023 the government will make it easier to enroll in Medicare and reduce any gaps in coverage.

With the current rules, the effective date for your Medicare Part B depends on when you enroll. If an individual enrolls in Medicare in the first 3 months of eligibility, then the coverage will be effective on the first month you’re eligible to start Medicare. This could be the first of the month you turn age 65.

And if you were to enroll in the actual month that you’re eligible, then your coverage won’t start until the next month. If you apply after that, say in the next two to three months, then you’ll wait 2-3 months longer before your Medicare coverage begins.

There will be new rules for enrollment periods in 2023.

If you apply during the last 3 months of your initial window there would be no gap. The Medicare Part B coverage will be effective the next month after you enroll.

Another change happening is to the General Enrollment Period.

Currently, if you missed your initial Medicare sign up window then you would sign up during the General enrollment period. This runs from from January 1 – March 31st.  You wouldn’t be able to get Part B coverage until July 1st of that year.

There are new rules starting in 2023. When enrolling during the General Enrollment Period, your coverage will start the next month after you apply. You don’t have to wait until July 1st for coverage to start.

If you have to use the General Enrollment Period, you could also have penalties associated with your Medicare costs.

The government will also allow Special Enrollment Periods. These are for people who have exceptional conditions and were unable to enroll during the Medicare enrollment periods. But it’s always best to apply during the periods when you won’t be subject to any penalties.

There’s also some talk about the Medicare Part B premiums going down for 2023. As it stands now the cost for Part B which is based on your income, starts at $170.10 per month. So we should know more around November, when CMS releases the Medicare premiums and deductibles for the new year.

Are You Confused About Medicare and Having Trouble Choosing the Right Plan?
We Are Medicare Experts.

Get a FREE Consultation To:

* Your information is 100% protected. Only one agent from our office will contact you. 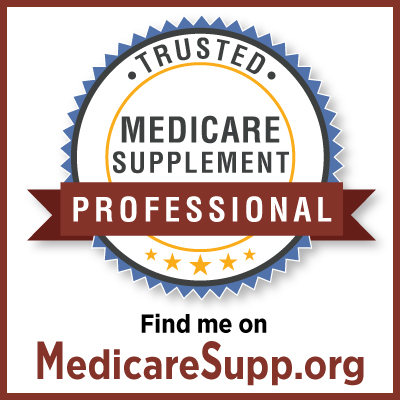 Our popular Dental Plan includes Vision and Hearing options. In Network and Out of Network choices! Get More Details and Apply Here: 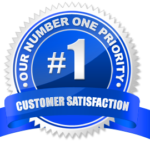